a celebration of the beautiful things.

so I had a granola craving and I found this great recipe from bon appetit, “nothing but clusters granola”  and decided to give it a try. 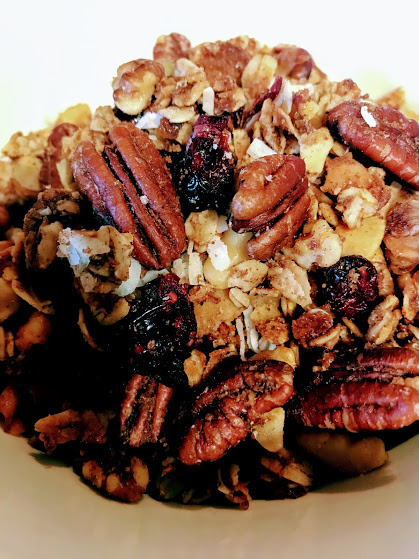 glad I did because it’s absolutely delish.  and I only made minor tweaks to the recipe (just based on what I had available and my own personal preferences) but it was so easy.  and so very addictive. (you’ve been warned – this is a good thing!)

it’s a must try for anyone who wants to venture out and make their own granola. give it a try! and be sure to watch the video and step-by-steps instructions on making it. I can’t stress enough how easy it is!

recipe slightly tweaked from:  nothing but clusters granola via bon appetit (tweaks are noted with (*) )

2: Pour 1/2 cup maple syrup and ½ cup melted coconut oil over mix, and mix with clean hands until all nuts, seeds, and oats are coated. (optional:  sprinkle with cinnamon for added flavor)

3: Vigorously beat 1 large egg white in a medium bowl until very thick and foamy, about 45 seconds. Pour over oat mixture and mix with hands again until egg white is evenly distributed.

4: Spread out granola in an even layer.

5: Bake 30 minutes, then remove sheet from oven and stir once with a flexible metal spatula, turning mixture carefully, and spreading out again into an even layer.

6: Put sheet back into the oven and continue to bake, without stirring, until oats are toasted and crisp, (approximately 35–45 minutes longer).  Let cool without stirring. (note: during the cooling process, I sprinkled dried cranberries and dried sweetened coconut flakes for more flavor. totally up to you if you’d like some additional sweetness 😉  )

7: When granola is cooled, scrape bottom of tray with spatula to loosen granola and break into clusters (and fold in cranberries and sweetened coconut if using). Serve or transfer to an airtight container. 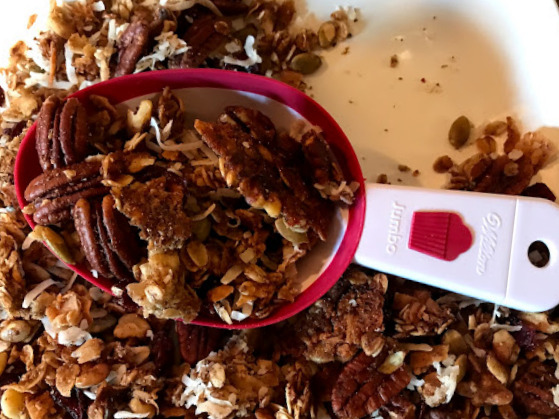 note: per website, the granola can be made 1 week ahead. Store in an airtight container at room temperature.

This site uses Akismet to reduce spam. Learn how your comment data is processed. 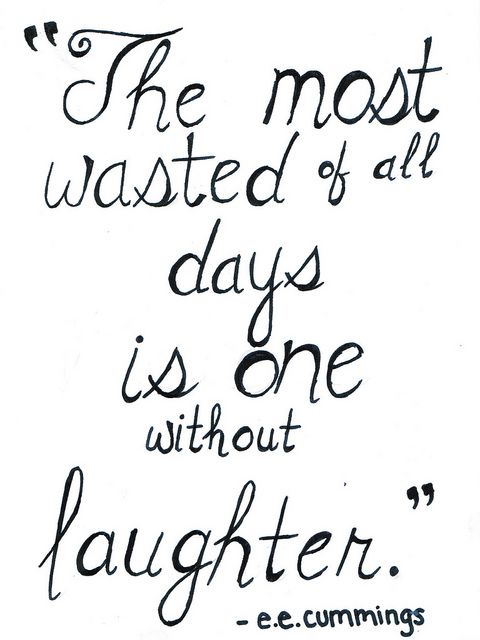